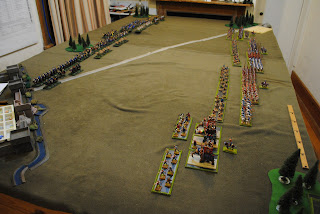 Both armies were 500 points in 4 divisions, Ponts on the left in the pics.

The Ponts had a cavalry div on each flank with Imitation Romans & Galacians in the centre.

The Seleucids had cavalry on their right, elephants on their left and 2 infantry divs in the centre - both a mix of phalanx and medium infantry. 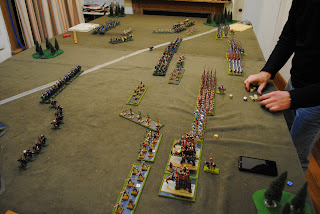 The Ponts sent light cav forward on their right to keep the enemy left busy while the Galacians & left flank cavalry charged forward with the Imitation Romans in reserve. 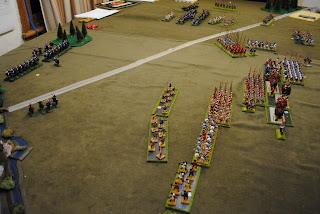 But the dice gods did not favour the ponts.  Once again the Samartan cataphracts were paper tigers and the Pontic left was quickly broken.  The Galacians won some & lost some, but the better drilled Seleucids could exploit their successes and the Galacians broke as well.

Meanwhile the Imitation Romans were still sitting on their hill refusing to do much. 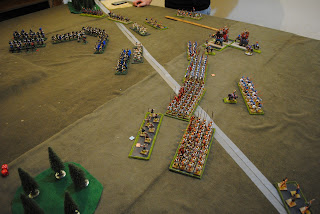 The Ponts decided their left flank cavalry couldn't do much against elephants & phalanxes, so they moved their cavalry back then left to join the Imitation Romans in a  desperate effort to save the day. 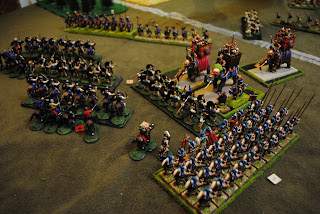 But the Ponts were caught in a pincer where every loss tightened the noose and the odd win just wasn't enough.  The Imitations broke & that was game over.