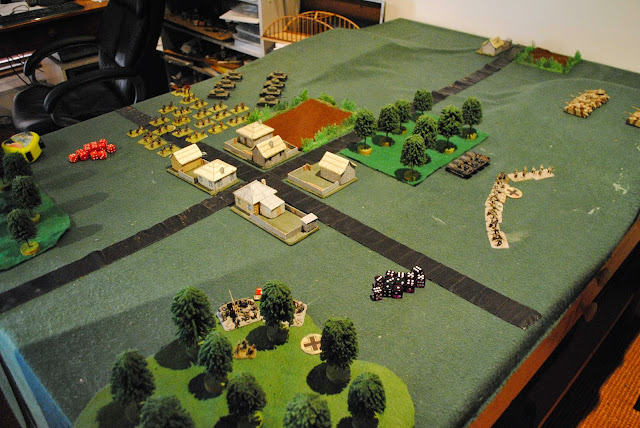 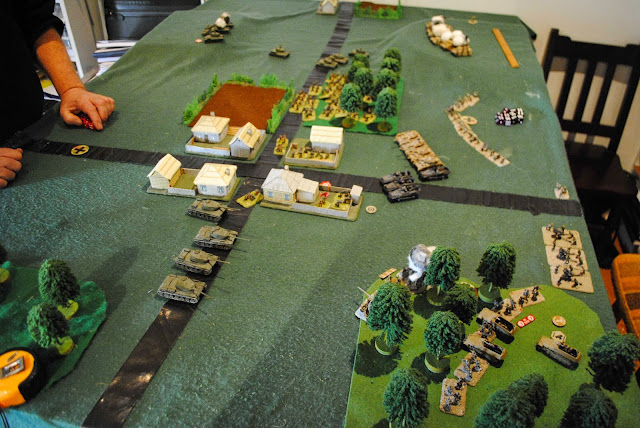 The IS2's have come on the near flank and taken the 88's on with some success.  German firepower has stoped the Strelk advance through the village.  The 2nd Strelk has advanced unscathed, protected by the woods.  The T34's have disposed of the MkIV's on the plateau firing hilltop to hilltop and have advanced to support the Strelk. 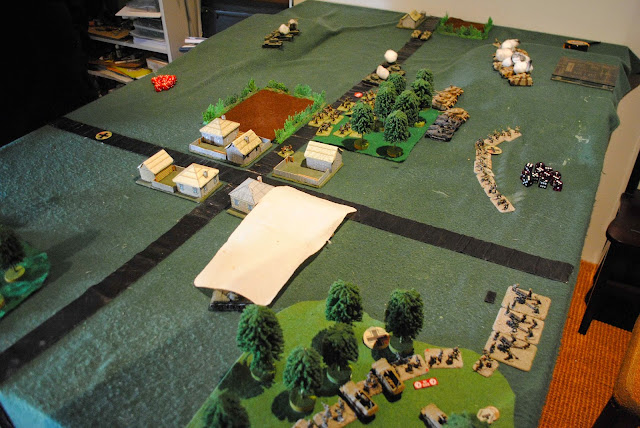 The IS2's have disposed of the 88's but are now blanketed by smoke.  In the centre the German armour has finished off the Strelk I the village and has moved to the right to meet the T34's.  Pumas have advanced on the far flank trying for flank shots at the T34's. 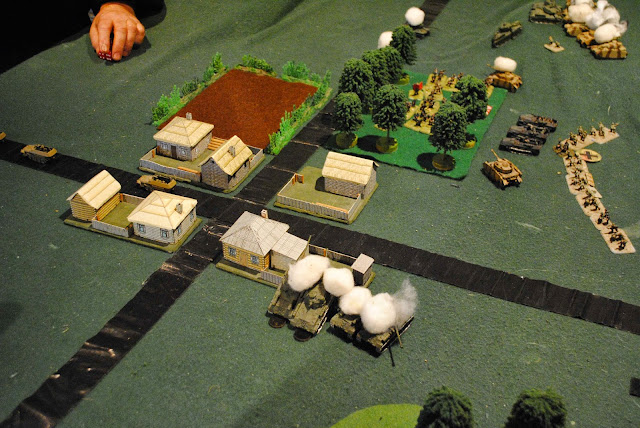 On the far flank the T34's have all but knocked out the 2nd MkIV platoon & advance don the plateau.  The Strelk are dug in in the wood.   But the Germans have won the battle by the P/grens sallying out of the wood and taking out the IS2's.  They then mounted their half tracks and dashed off to the right to take the objective there.

It was an enjoyable battle.  We had become jaded with FOW, but a rest certainly freshens things up.  We clearly need a bit more practice before the comp though - we need to rinse the BA out of the brain & get fully back into FOW mode.