The Greeks followed up to Byzantium after their victory last turn.  =
In the east Mithradates repudiated his alliance with Ptolemy and has laid siege to Antioch which he'd ceeded to Ptolemy after defeating Seleucis (go figure).
Ptolemy is besieging Carthage.
The Spanish and Carthage have besieged Vercelle after the Gauls were forced to retreat to Arausio.  Rome is retaking Parma.
Having surrendered in his role as Seleucis Mark has been resurrected as the German leader and promptly took a pile of Carthaginian gold to join them in the attack on Gaul.

Both sides had enough resources to replace their losses over winter though some units are diminished in quality. The Macedonians are on the left.  Much of their army is out of sight behind a low ridge  extending across most of the gap between the two woods.  Mark umpired while there were 4 spectators being free with gratuitous and not necessarily helpful advice. 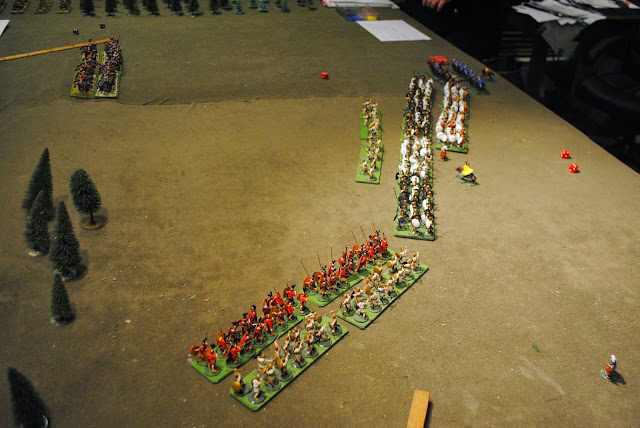 The first Macedonians to appear is their cavalry coming over the far end of the ridge. 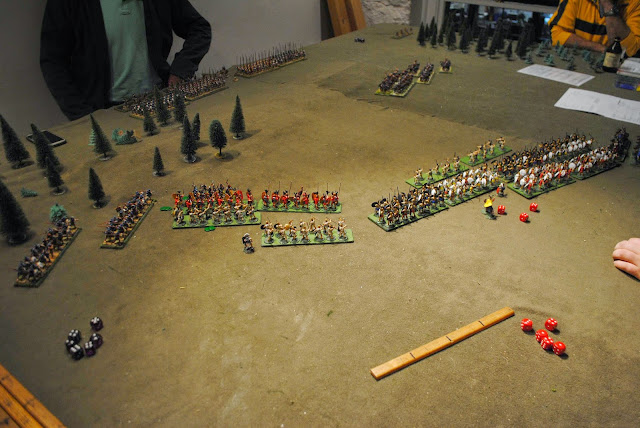 Macedonian infantry has appeared out of the woods on the Greek left.  (The phalanxes on the far edge of the table are the rest of the Macedonian army, but they are still out of sight and may not be exactly there). 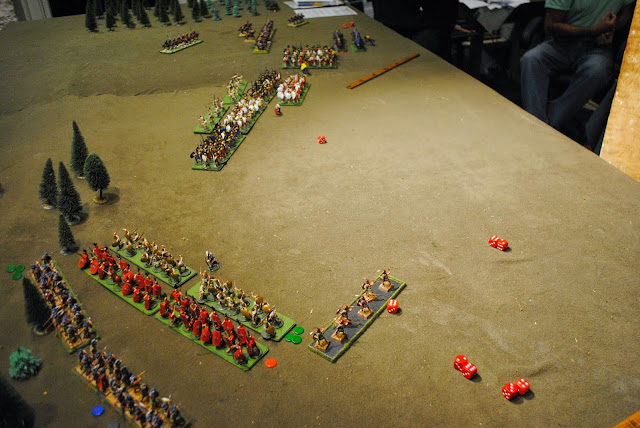 On the near flank Greek infantry were able to react to the flank attack in time and are counterattacking.  On the far flank the Macedonian cavalry has advanced.  Two hoplite units have been diverted to help the weak Greek cavalry. 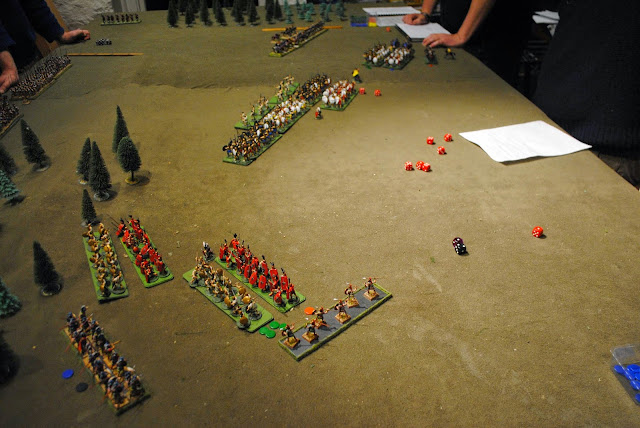 On the near flank the Greeks are getting on top.  On the far flank there's bit going each way. 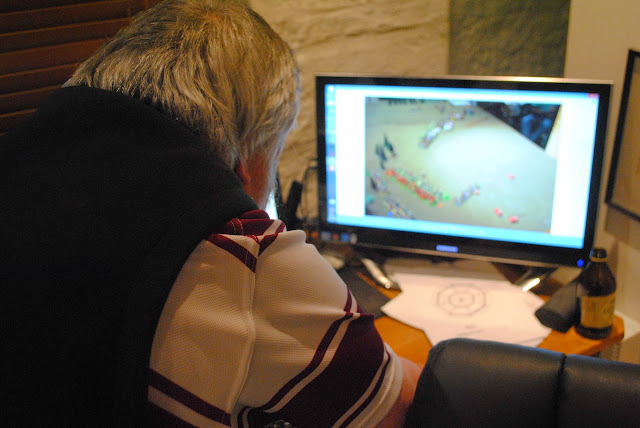 The umpire goes to video review - checking photos to resolve a difference of opinion on how many casualties a certain unit had before it's casualty counters went missing. 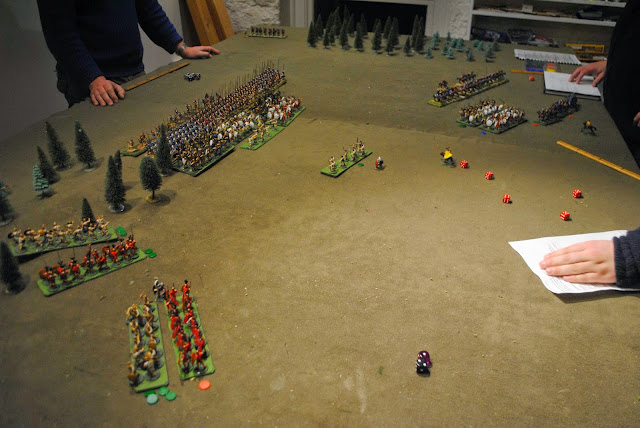 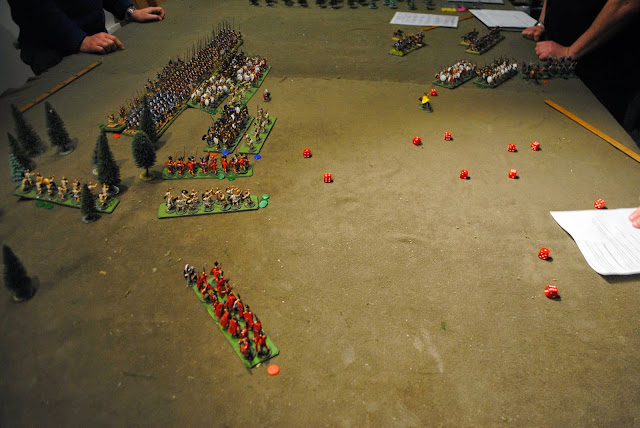 The victorious Greek infantry on this flank is making slow going in moving to assist the centre.  The Greek centre is getting the worst of the fight on the ridge.  The Greek cavalry has been pushed back. 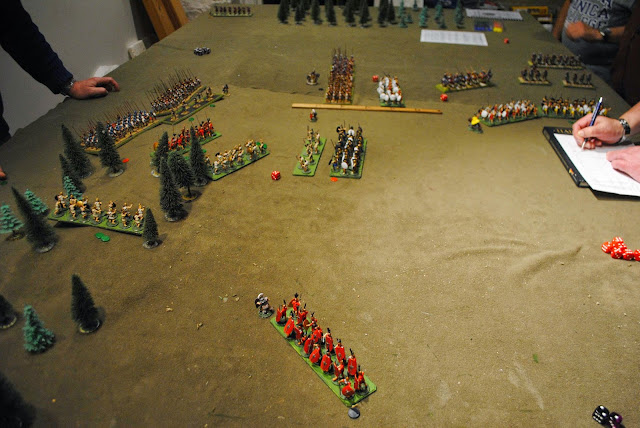 The Greek cavalry have broken on the far flank.  The Greek flank attack on this flank was too late to have an impact.  The Greek centre has not broken but is in big trouble.    Both sides have lost 1 division out of 3 broken, so neither has failed an army break test, but the Greeks concede the battle and order a general withdrawal.
Posted by Jim Gandy at Tuesday, May 12, 2015

I note the writers bias in his writing and the alliance between roman gaul and greek,and this was a tactical victory where the greek phalanx could have been totally routed except for terms for the greek to leave the field of battle.Obviously missed by the Gual reporter