Kittyhawk Down is one of the Boltaction.net scenarios being used in the Cancon tournament next January.  It features a plane crashing on the table halfway through the battle & the crash crater becoming the objective. 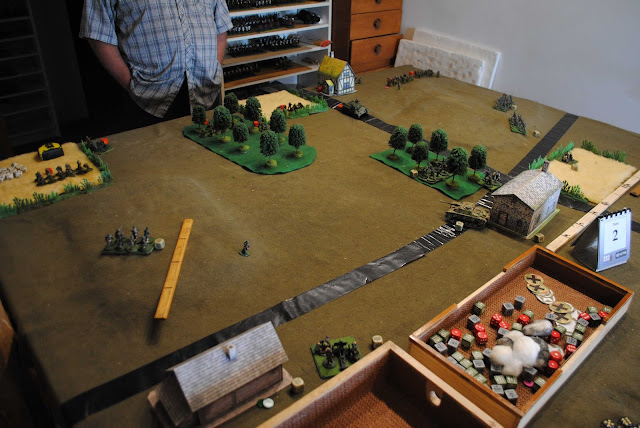 The Germans are coming on the near edge of the playing area, the Soviets from the table edge.  The scenario has both sides coming on from opposite sides then at the start of turn 4 a plane crashes on the long table centreline 10D6" from one short edge.  The winner is the side with the most infantry or artillery units within 3" of the crash site at the end of the game (after turn 6 or 7). 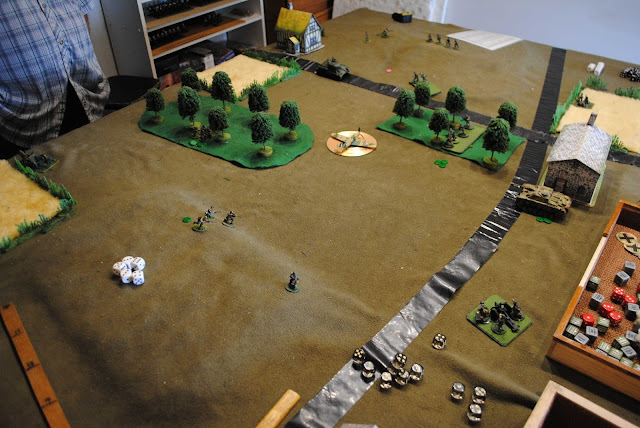 Both sides advanced troops in the woods on their side of the centre while moving troops up on the flanks to provide fire support to the centre & to guard against the unlikely event of the crash site being way off centre.  The Germans won the sideshow on the far flank, the Soviets won the one on the near flank.  The crash was as the odds should have it, near the centre.  The impact caused some serious pins to the units of each side close to it - the German spearhead being particularly hard hit. 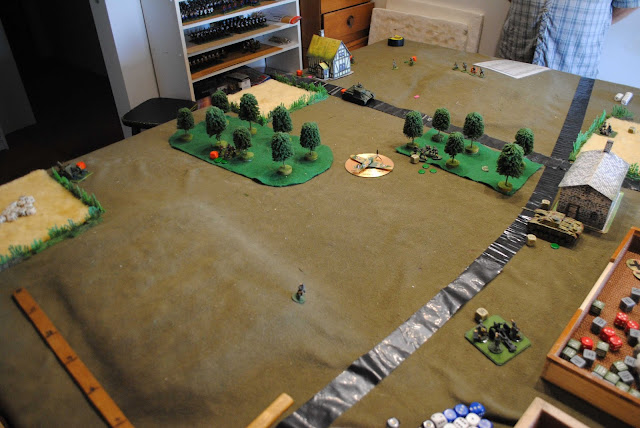 At first we thought the scenario a bit odd, but as we played it we found it was actually a challenging and interesting scenario.   The first part fo the game is a matter of manoeuvering for position whie weakening the enemy.  The second half is a desperate fight for the single objective.
Posted by Jim Gandy at Saturday, November 07, 2015