Each army has two infantry divisions & a cavalry division.  One infantry div each started on the table - Austrians in the village.  The other divs are to arrive like FOW reserves (on throwing a 5, 1 dice first turn, 2 second, etc.).  Their entry point also is decided by a dice: 1 = 18" down left flank, 6 = 18" down right flank, 2-5 at intervals along the long edge. 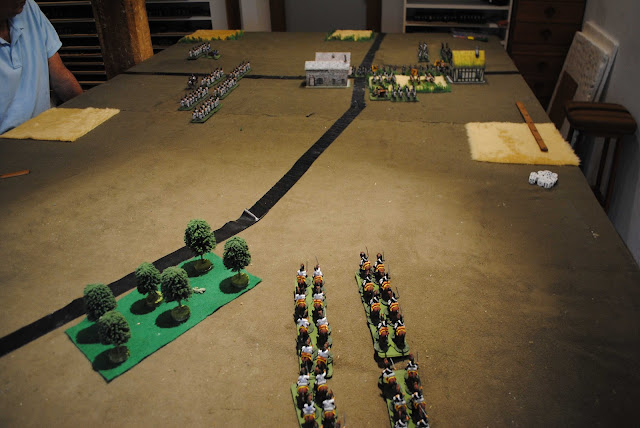 The French got first turn, got no reserves bu advanced on the village.  The Austrian cavalry arrived on their 1st turn on their extreme left. 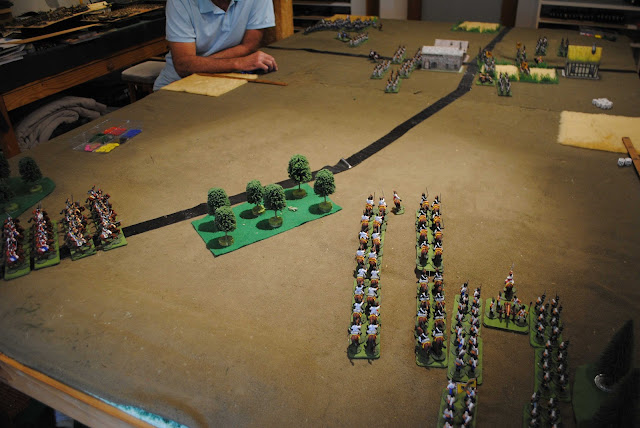 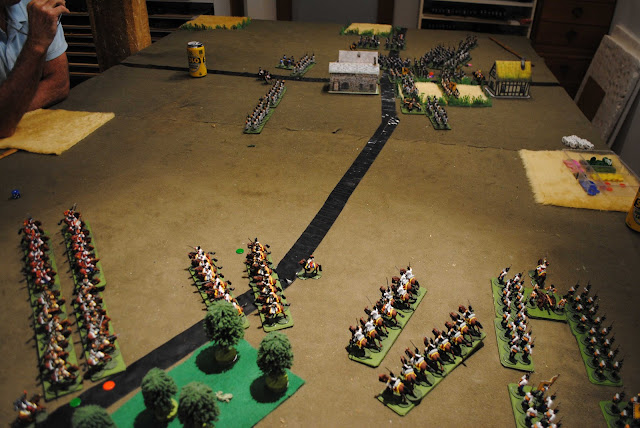 The French are attacking the village frontally & on the far side but pulled back their right in the face of the Autrian artillery and advancing reserves.  The cavalry face off in the foreground as the 2nd Austrian infantry columns march towards the action. 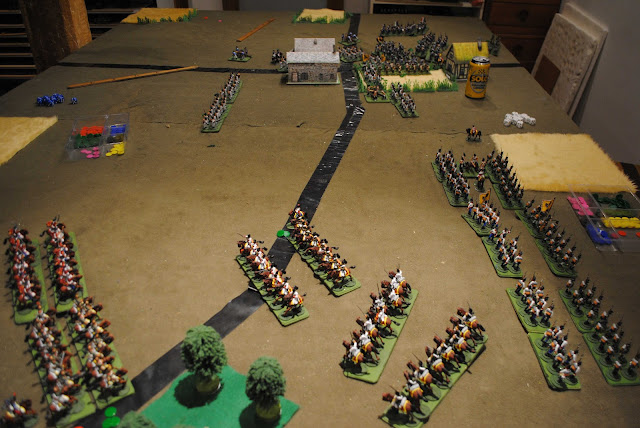 The French are over-running the Austrian left & the remaining Austrians of the division have fallen back to a second position at right angles. The cavalry fight is swirling back and forth. 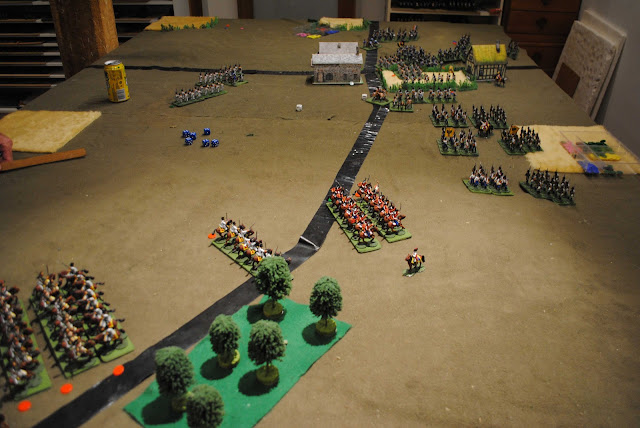 The 1st Austrian div is still hanging on in the village.  The 2nd has formed attack columns.  The French have got the upper hand in the cavalry fight. 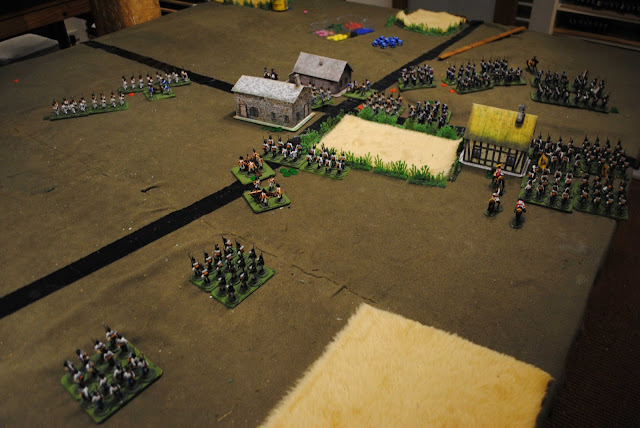 The 2nd Austrians have launched a counterattack on the right of the village, but their attack has bounced & the 1st division has finally broken so the Austrians break.

The random deployment gave both sides something to think about & a chance to win.  The Austrians were more spread out, but had the village to defend.  While the French took it they lost heavily in doing so & the fresh 2nd Austrian infantry div might have turned thing around had their cavalry not let their side down. This was a fine demonstration that a battle doesn't have to big to be enjoyable.