With a good turnout there were 2 games of Saga & 1 of Bolt Action. 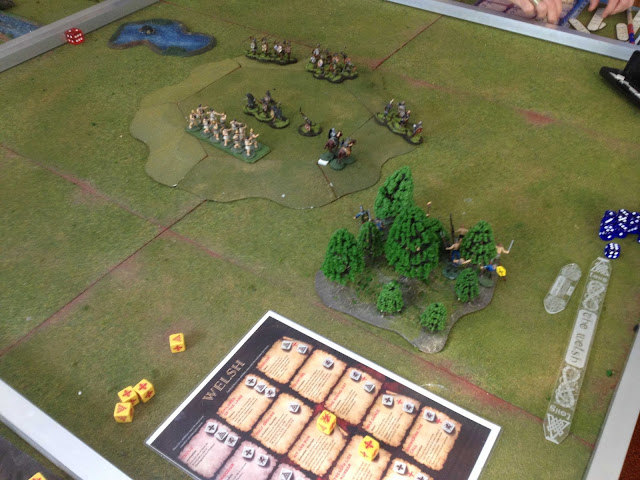 Saga 1:
Jim's Welsh were quickly beaten by Darren's Vikings on an open battlefield that gave the Welsh little opportunity to use their advantages. 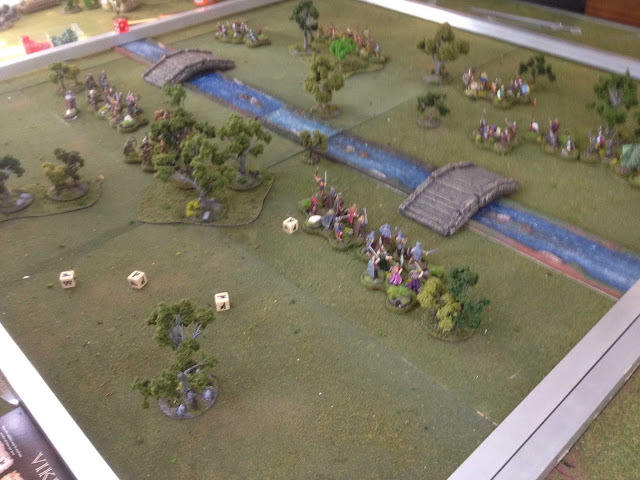 Saga 2:
In complete contrast the fight for 2 bridges between JohnW & Jake went on for hours. 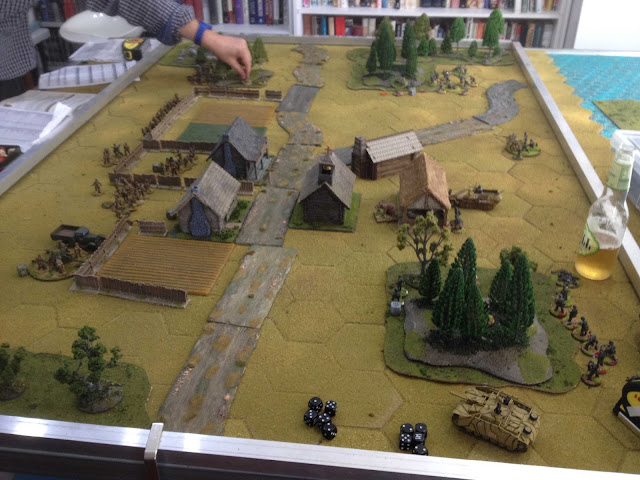 Bolt Action:
JohnM's Soviets (on the left) defeated  Rusty's Germans in a Maximum Attrition Scenario.
Posted by Jim Gandy at Monday, May 16, 2016