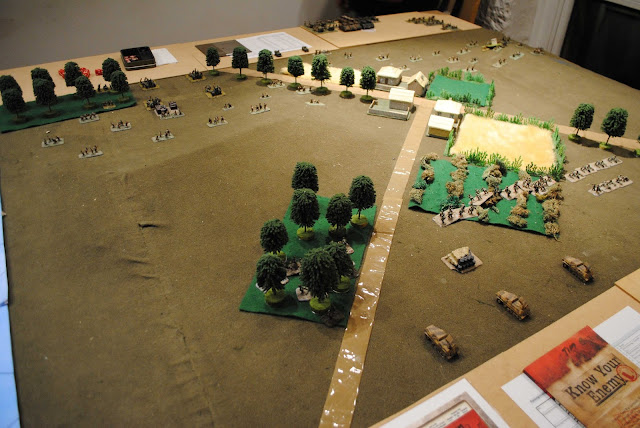 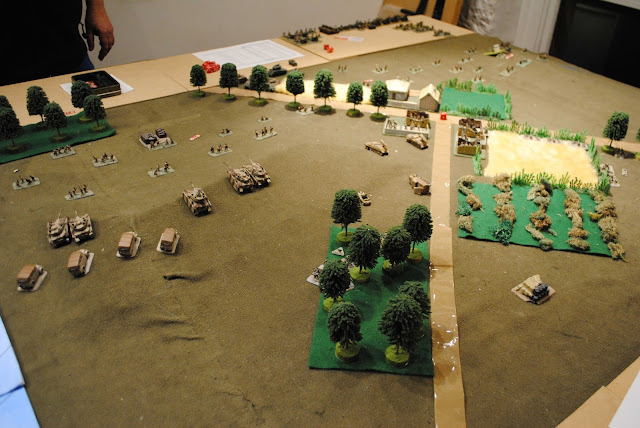 The Germans advanced in the centre.  Their first reserves, Panzers & trucked infantry advanced on the left.  The Panzers have already destroyed the US 155 battery.  The first US reserves, their tanks came on behind the US left, but Detroit's finest have quickly doubled to the centre to support their right. 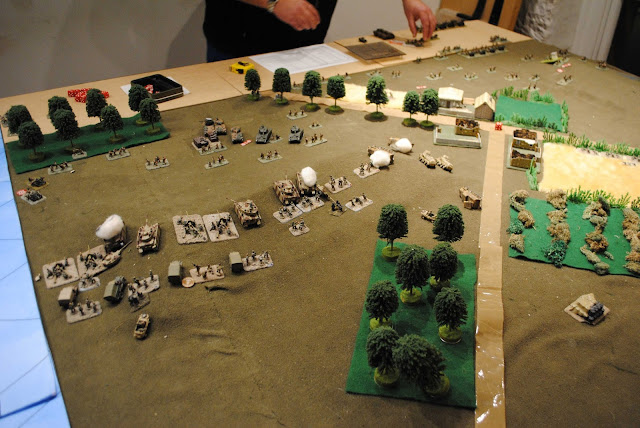 The Panzergren's on the left dismounted and charged the GI's, but Mark got 9 hits in 9 dice to stop the charge while the Panzers failed to even get a hit on hit the Shermans.  It was all downhill from there for the Reich.  The Panzergrens's in the centre had been pinned down by mortars & failed to unpin for 3 turns, advanced a bit, then got pinned down again.    The Paks came up but the US got their a/tank guns to come on just where they wanted them on their right.  5 MkIVs & 4 Paks v. 5 Late Shermans & 3 57mm looked a fair fight, but the Panzer's Paks lost out taking only 2 Shermans & 2 guns with them.

A German push through the village took out the pesky mortars to gain a 2nd platoon kill, but the 105's had come on by then and took over their role & the US heavy platoon came on in the centre to stop the German advance.  The Germans could do no more & conceded a 5:2 loss (the US had 9 platoons so 1 loss didn't count).
Posted by Jim Gandy at Wednesday, May 04, 2016