We used the figs we happened to bring along, so it's an unlikely historical match up.  The main terrain features don't show up well in the pics, but there is a ridge down the middle of the table with a gap in the middle. 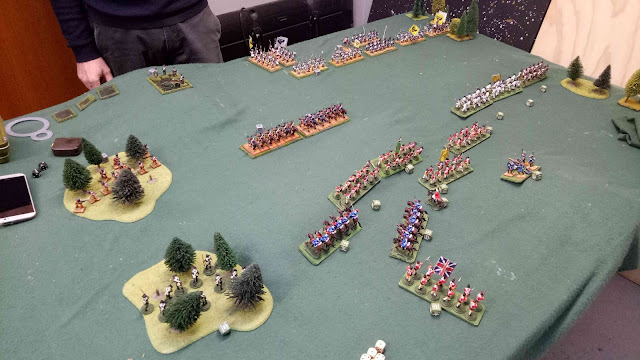 Pic after turn 1.  The Austrians are on the far side.  The Austrian cavalry have advanced on turn 1 but the ridge means they cannot be fired upon by the British infantry in front of them. 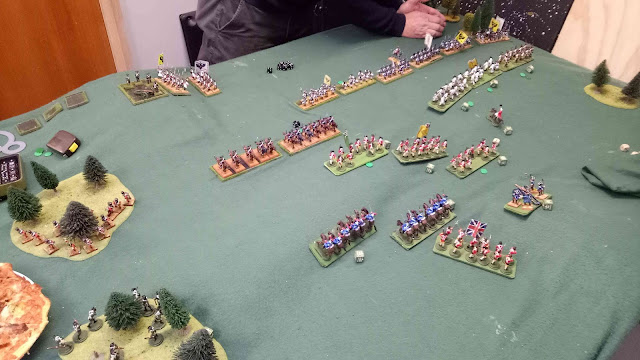 On the right the Allied Germans have moved to the crest of the ridge & the Austrians have advanced to engage in a fire fight.  Both sides artillery is firing overhead from their hill tops.  Both sides are shifting reserves to their right & have light infantry in the woods left of pic. 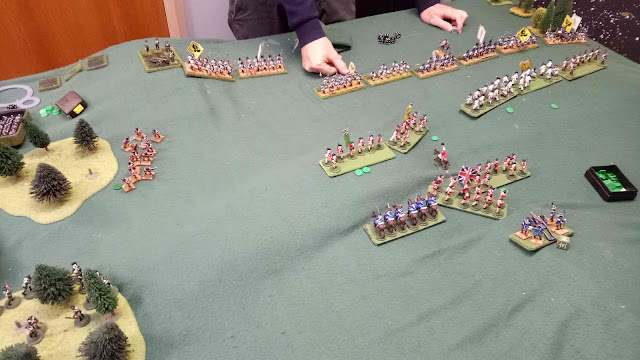 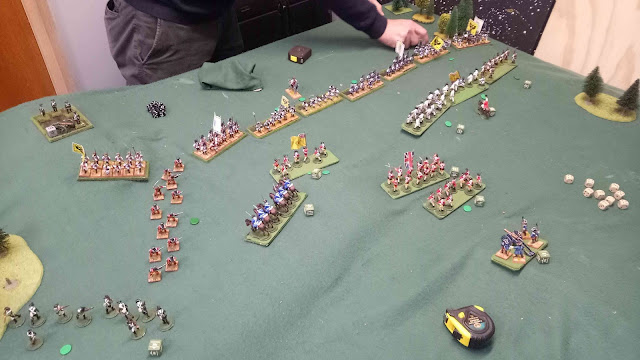 While the fire fight goes on on the RH ridge, the French advance on their right. 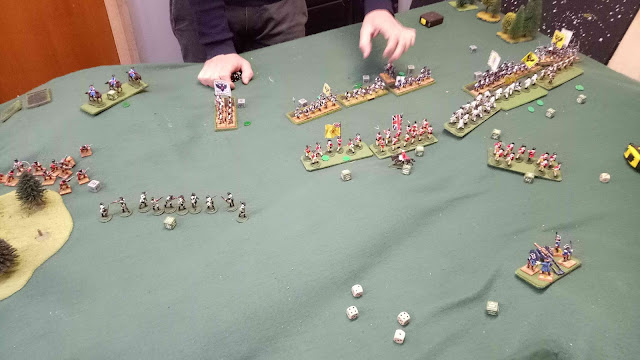 The British got the first command dice next turn & used it to charge the Austrian infantry on the end of their line.  The skirmishers evaded, they broke the line infantry & made a sweeping advance to take out the artillery behind. 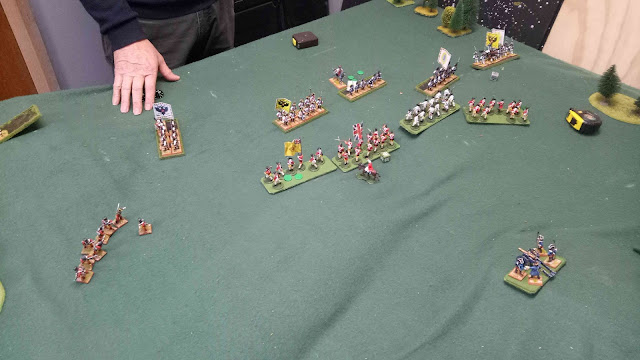 The Austrians have struck back on their left, destroying the weakened British cavalry with a musket volley & taking out the British light infantry with their yegers.  And on the right, the end two Allied line coys have broken. 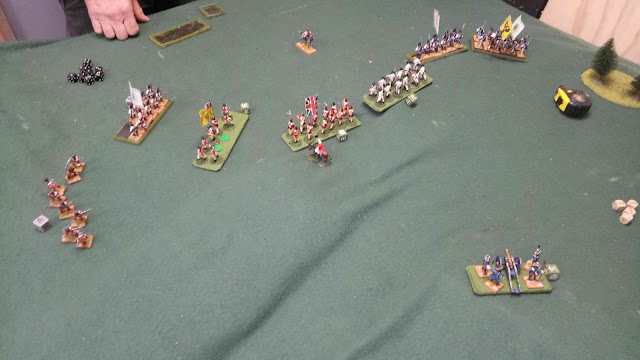 At the end of turn 6, the Austrians were 1 unit up in the death count (which meant a tie under BA rvictory conditions), but the battle went to a 7th turn.  In that the Austrians took out the British reserve on the right, but they lost 2 coys in their centre leaving both side equal in losses, so still a tie.
Posted by Jim Gandy at Monday, June 11, 2018

Can I simply say what a aid to search out somebody who really is aware of what theyre speaking about on the internet. You definitely know tips on how to deliver an issue to gentle and make it important. More people must read this and understand this side of the story. I cant imagine youre not more standard since you undoubtedly have the gift. online casino games