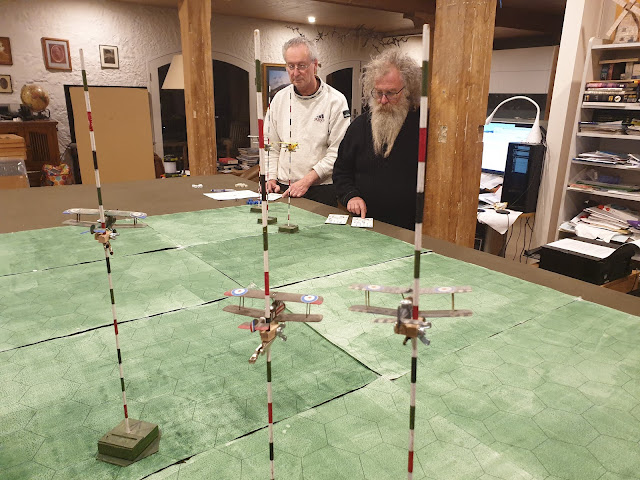 The two squadrons fly towards each other. 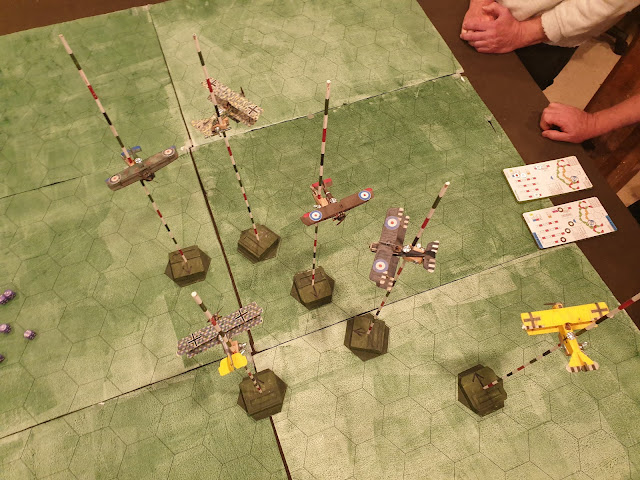 Birds eye view of the dogfight.   It gets very complex & when you are flying one of 6 planes & 3 of them trying to shoot you down.  It's serously scary flying a plastic model in a dogfight, a real one must have been terrifying.   These dogfights are very difficult to describe, the best I can do is describe the view from the SE5A.
In my first pass I got in shot on a Fokker then made a wrong turn & the other one on my tail, fortunately for me not so close my 200 hp Hispanio-Suiza engine got me out of range before I got too much damage.   When I turned back into the fight I saw that one of Fokkers had been given engine damage by one of the Camels.   I dove down onto its tail & shot it down as it tried to flee.  But soon after, one of the Camels went down & the fight was even again at two on two. 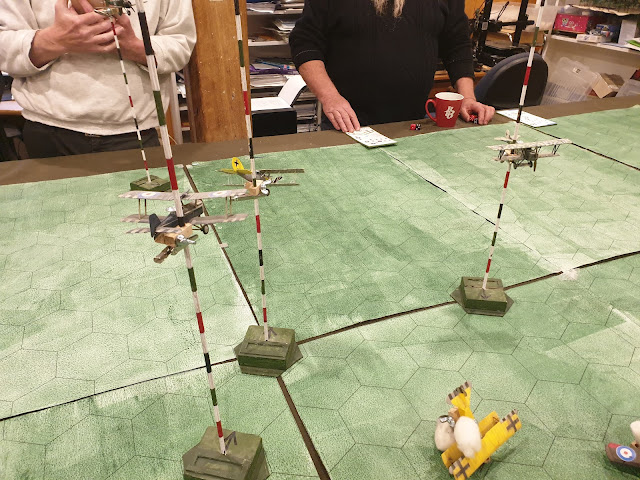 But the Pfalz now had engine damage & I maneuvred onto it's tail.  But my shooting was poor & the other Fokker was coming to it's rescue, while the other Camel was now some distance away.  I broke off the pursuit rather than make myself a sitting duck to the Fokker.  But Fokkers are fearful beasts in good hands & Steve's Fokker got on my tail anyway. 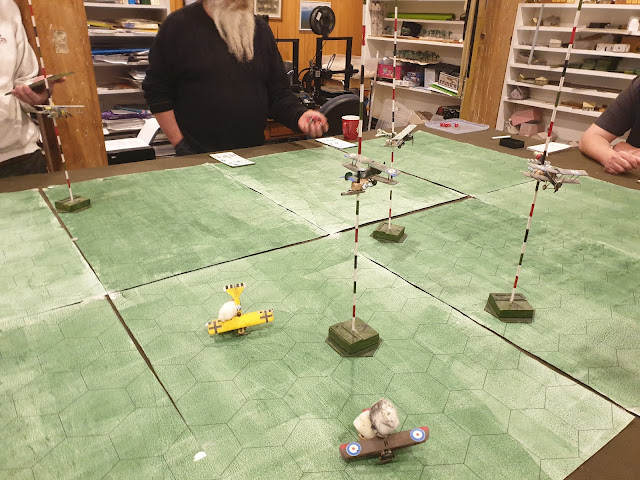 I again used my 200hp to break away from a Fokker before copping too much damage.  But the Fokker turned his attention to Mike's Camel & shot that down before I could complete my turn back into the action.  The Fokker & my SE5A flew straight at each other guns blazing, inflicting no critical damage on each other's aircraft, but wounding each other. 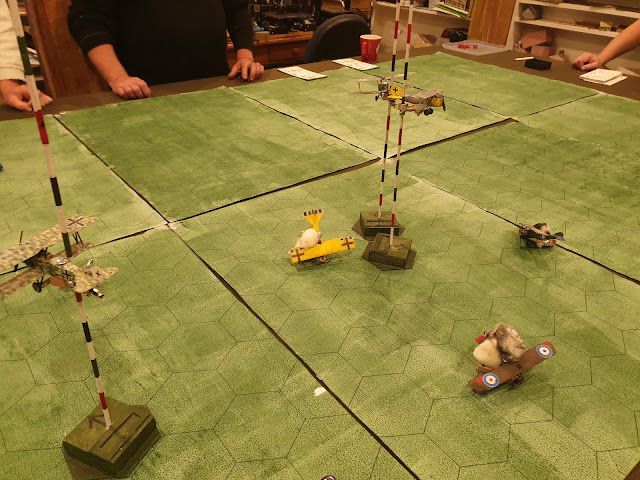 We both headed for home, but by now the Pfalz had come back & it was in my way.  Being wounded my scope for manoeuvre was limited & my aim probably off, so I opened the throtttle & ran for home.  The Pfalz with it's damaged engine had no hope of catching me.
It was really enjoyable game for all, win or lose.  Lt Gandy went home with a kill on his record, but the Germans won the day with two kills to one.