The Romans advanced their heavy cavalry right of centre with their light cavalry echeloned back covering their right and the infantry held back on their left.  The cavalry charge didn't break anyone, but held up the Briton left so only 2 of their warbands charged forward against the Roman foot. 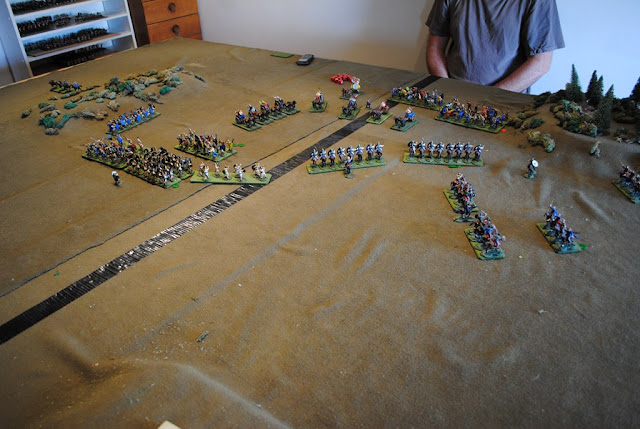 One of the warbands smashed through the Roman line, the other was stopped.  Even after losing a unit the Romans outflanked the victorious warband then followed up to finish off the other one. 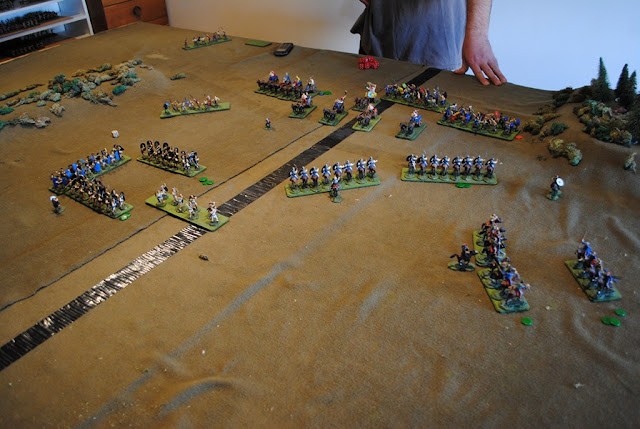 The Briton's right flank cavalry finally arrived on the legion's flank, but it was too late to assist the warbands and 1 unit turned to face it.  On the Roman right the light cavalry of each side threw javelins without much effect. 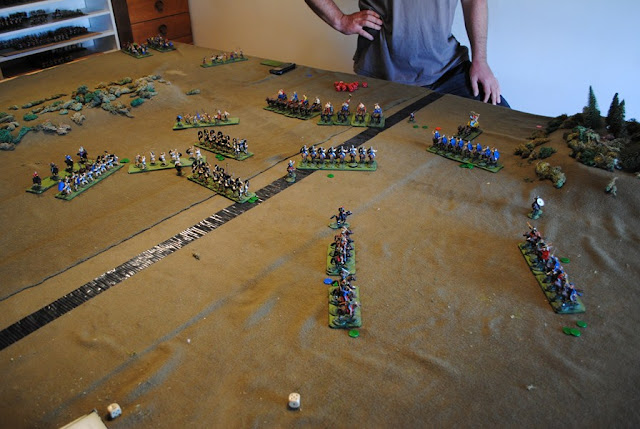 With the legion coming up on their left to engaged the chariots, the Roman heavy cavalry renewed the assault on the remaining warbands.  Already weakened by the first assault, the warbands broke.  The Britons had now lost their largest of 2 divisions while the Romans had lost just 1 unit so victory was awarded to the Romans.  We proved that you don't have to have a lot of troops to have a good battle with Hail Caesar.
Posted by Jim Gandy at Sunday, December 23, 2012