The Albatri are on the tail of the RE8, but the cavalry are coming from the right of pic.
The RE8 got away as the Albatri turned to face the fighters, but the Nieuport got on the tail of Mike's Albatros at point blank range & blew it away.  Mark ran for the German lines with the fighters chasing him.  The RE8 tried to intercept, but the Albatross shot it down & escaped anyway. 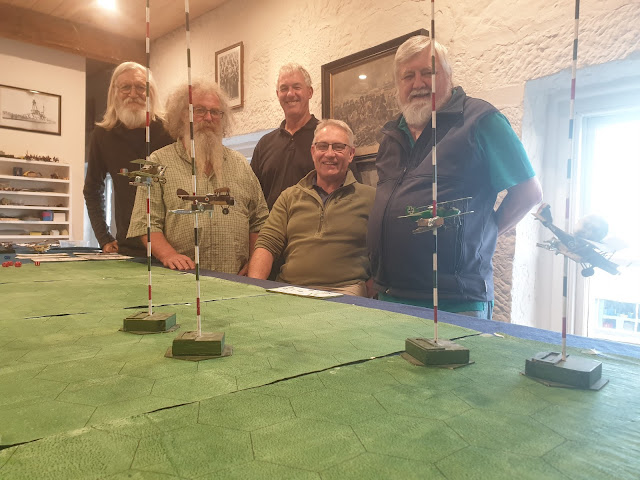 Both sides lost 1 plane, but as an observation plane is more valuable than a fighter it was deemed a marginal German victory.

Game 2:
2 Fokker DVII (Chris & Renfrey) v. 2 Camels (Mark & Mike).
The Camels got the upper hand in the initial dogfight which broke up with both Fokkers with significant damage, Renfrey on the German side of the Camels & Chris on the other,
Renfrey ran for home with 2 camels chasing him, but reached the protection of Archie at the German table edge & got away.  The Camels turned to intercept Chris as he tried to get past them. 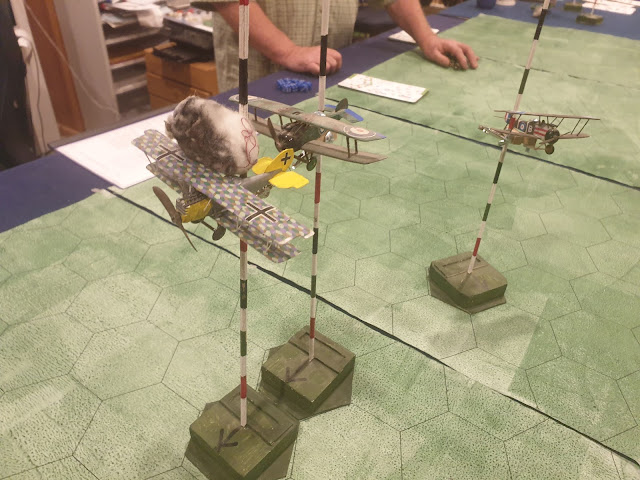 Mike managed to get right on Chris' tail & shot him down.
A clear British victory this time with one Fokker shot down & the other forced to flee.